Integral to Ntengwe’s vision to encourage community-led development in support of economic and social justice to end poverty is agroecology in our response to climate instability.  We are offering a unique approach to meeting significant increases in food needs of the future while ensuring no one is left behind.

We seek to optimize the interactions between plants, animals, humans and the environment while taking into consideration the social aspects that need to be addressed for a sustainable and fair food system.

We use agroecological innovations based on the co-creation of knowledge, working with academic partners and traditional, practical grassroots, local knowledge of rural communities.  By enhancing their autonomy and adaptive capacity, we encourage agroecology to empower communities as key agents of change.

This includes an explicit focus on social and economic dimensions of food systems and placing a strong focus on the rights of women, youth and indigenous people. 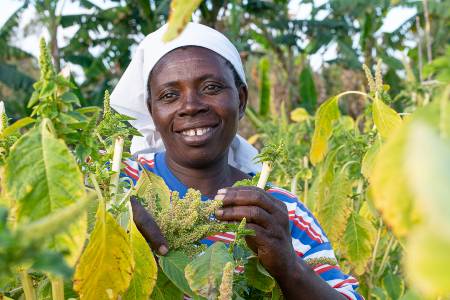 Women farmers face the worst repercussions of climate-change. They have limited access-to resources like finance, market, water and government services.  Double burden of risks due to climate-change resulting in food and income insecurity and limited decision-making capacities leads to negative impacts on women’s and their families’ health.

In resonance with the transformative spirit of Agenda 2030, we transform the role of the marginalized woman and bring her invisible work to the mainstream.  We do this by empowering poor rural women as leaders and entrepreneurs, by providing them with access to skills, finance, and markets, and increasing their economic resilience through agroecology and health-enhancing opportunities.

We develop multi-pronged farming approaches to food and income security that positions women as farmers and decision-makers through: 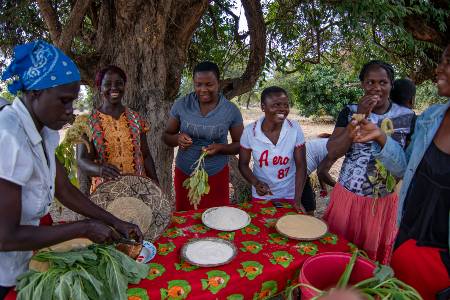 The Amaranth seeds have a protein content of about 16 percent, more than other widely consumed cereals like conventional wheat, rice or maize.  Amaranth’s protein digestibility score is an impressive 90 percent, much higher than problematic foods such as soy, milk and wheat.

The humble amaranth, has been long cultivated by many peoples around the globe, including ancient cultures like the Romans and the Aztecs as staple food.

Amaranth is drought tolerant.  Agronomic trials, in partnership with professional mentors from Midland State University determined the effects of plant density and soil fertility management on grain amaranth production across ecological zones in Binga district. Traditional leaders and grassroots women farmers were equipped with information on amaranth and hands-on training.

Through buy-in, grassroots communication campaigns and awareness-raising of the potential of amaranth, communities are finding ways of processing it into flour, bread, and high-quality roughage and distributing it into markets.

We are committed to advance other technologies of solid business planning for the amaranth protein to advance women’s economic empowerment to develop the economic potential of grassroots women entrepreneurs, ensuring that women can achieve their full potential.

Climate change is one of the biggest threats facing marginalized communities and is already having adverse impacts in Matabeleland North, particularly in rural areas where the majority of the population lives and mostly depend on agriculture-based livelihoods.

These communities still struggle to move away from the traditional top-down approach to development and adopt a more participatory and needs-based approach to economic self-empowerment.

Women producers, who are often excluded or have their participation constraint, face additional challenges, such as cultural and legal discrimination, which prevent them from accessing productive assets, finance, education and technology.

Apart from facilitating women’s access to markets and promoting women as competitive entrepreneurs, red sorghum production boosts food security and supports women to achieve social self-reliance so they can move their families out of poverty. 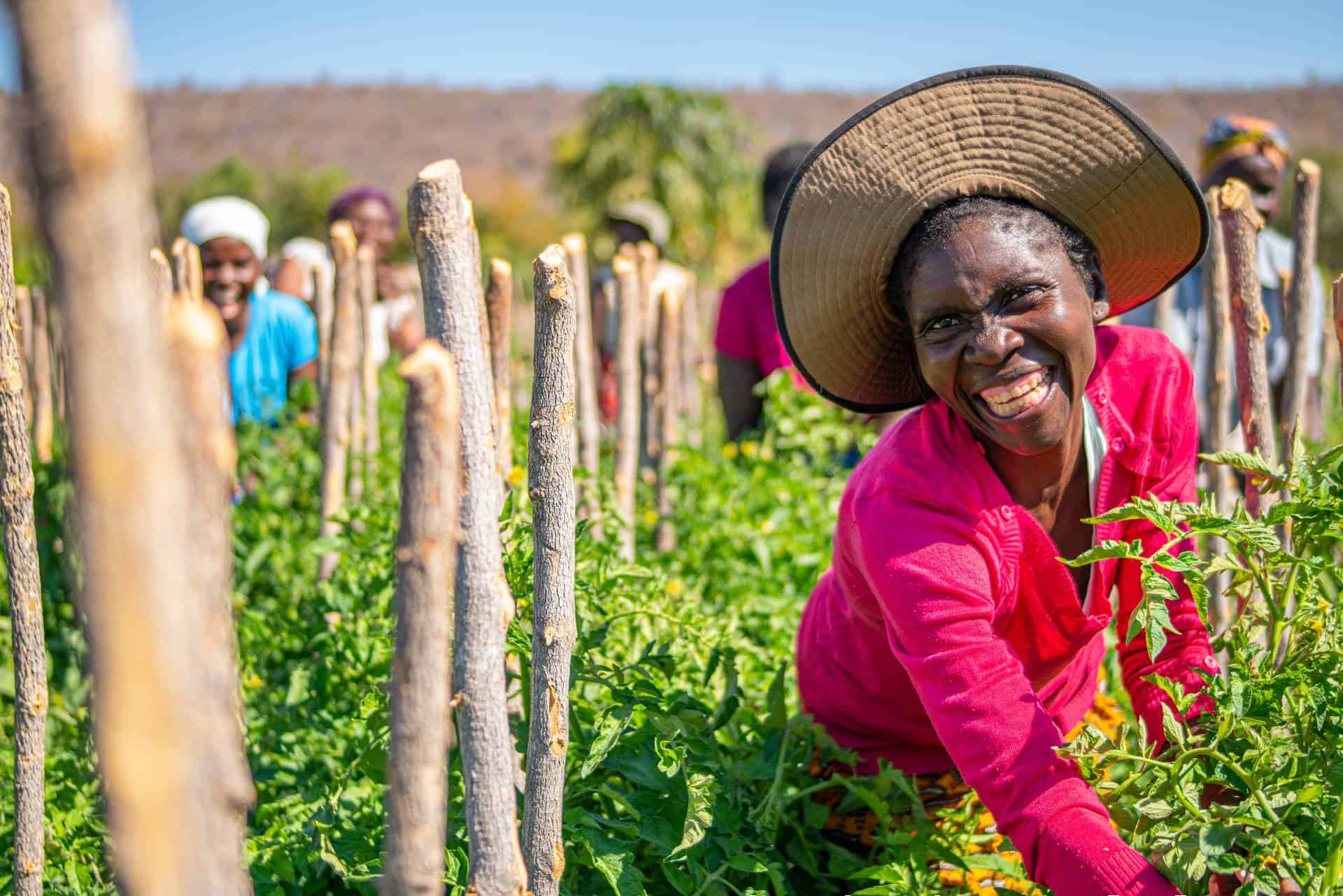 Women farmers, who are disproportionately affected by poverty, unsustainable farming practices, and climate change are widely excluded from business decisions in organic farming.

Often, female farmers are not included in agricultural training on organic methods, which leads to the reinforcement of deeply embedded gender inequality.

For marginalized groups in Hwange district, we involved grassroots women in collective action, which increased confidence and self-esteem, while improving their living conditions.  By organizing capacity-building in organic farming we empower women, opening up to new options that were not even thought possible before.

A Most Significant Change for Mary

Mary Sibanda is one of the farmers who is already implementing the knowledge gained from her capacity-building in organic farming.  She is now diversifying her farming activities and she has begun showcasing her work in her community, using the garden as a demonstration plot.

She also received training on post-harvest and handling, drought mitigation, conservation agriculture, among other topics, as well as raising organic chickens and fish. Motivated by what she learned, she is now active in teaching other Community Resilience members and showcases certain seed varieties, using the concept of drought resistant farming.

“I have participated in the Bulawayo agricultural show and I was motivated to share my knowledge with other women to use climate-smart agricultural practices.  As a whole, I feel a lot healthier now that I consume organic vegetables only and the lack of pesticides has also resulted in better soil”, says Mary.

She is also part of the organic supply chain for small farmer income generation at the market stall in Hwange and she supplies her organic produce to hotels in Victoria Falls.

Making a difference to the people of Zimbabwe 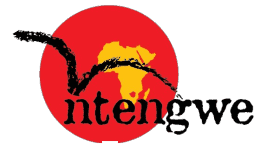 Ntengwe has been working with partners and allies for over 20 years in support of grassroots communities and social movements al local, national and regional level.

The page you requested could not be found. Try refining your search, or use the navigation above to locate the post.